For an overview of my Code Club, see Week 1

I kept it really simple this week with a micro:bit step counter. They created a variable called counter then increased it by 1 every time the micro:bit was shook. 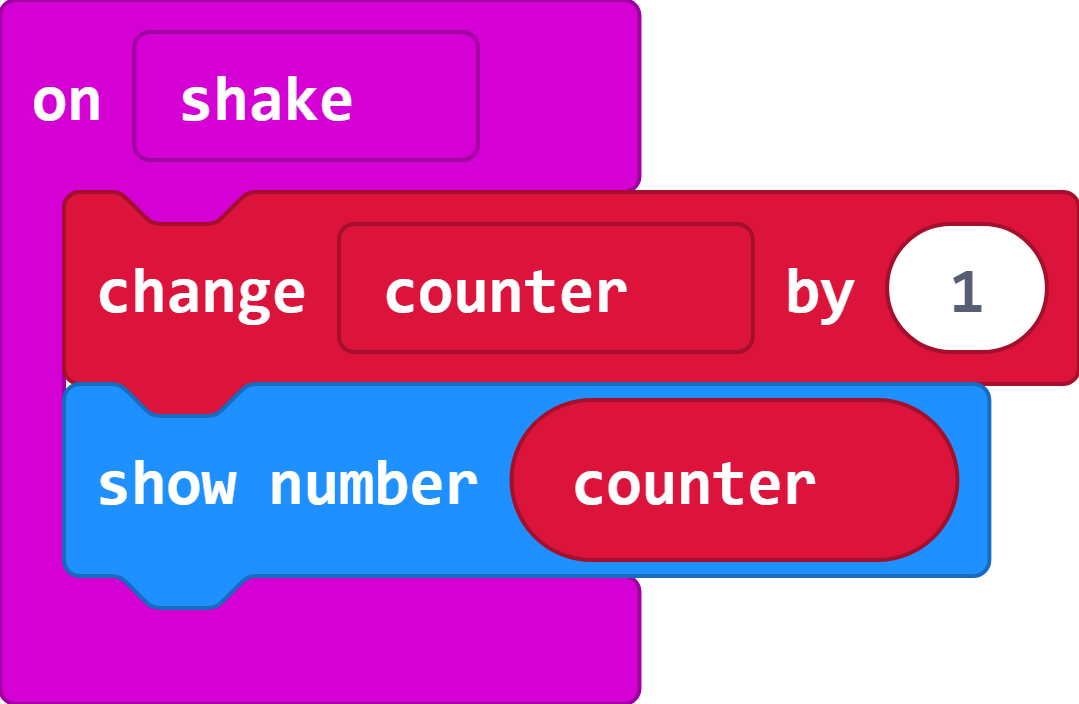 I gave them notes for the previous 2 weeks in an A5 folder that they could take home. I included a link to the micro:bit website for parents to follow at home.

The worksheet! This week's worksheet was word for word what they needed to do
Last week it said "Variables - Create a Variable" but that wasn't enough detail. This week it said

A lot of the younger kids took the time to read it this week. I made a5 folders for them and put the notes in the folder. Before we started they were allowed to decorate their folder, which they really enjoyed.

The notes had page numbers and task numbers. This way I could ask "What page are you on?" from across the table without having to go to them. It forced them to concentrate and read the notes.

Time - the task didn't take an hour. It hardly took half an hour. So they had time to play with their finished product - a step counter! They walked around, jumped up and down. Raced each other. Had fun. This is what's probably missing from a lot of code clubs -time to play with what they have made. Some then went back to their desks and "cheated" by increasing the step counter by 64,000,000 for each step 😀

I tried to start with a game of throwing a ball and keeping score. They did get it eventually - that the box called score held the score and we could increase and decrease this and even set it back to 0 cause someone threw the ball too hard! But it was rushed, they were hyper and it was too cold!!

I forgot batteries for step counters. I had enough for 6 packs, which was enough for those who wanted to move around the room.

Just 2 weeks left this term!
Next week we might do a timer or a reaction game... something fun and interactive but easy to code. I might put out multiple games - are you human conductive test, reaction test and week 2's magic 8 ball and let them choose which one to create.

For the last week I'll bring in shiny lights!