Day 2 on the Coolest Project project!

Today was brilliant, full of exclamations and realisations.

Initially David wanted the motors to sit inside the box. "We need to laser cut a new box!" when he realised he needed holes for the motor axle. I convinced him to drill holes in the prototype box for now and laser cut a new box when the design is final.

Here he is drilling the holes. Good drilling face here 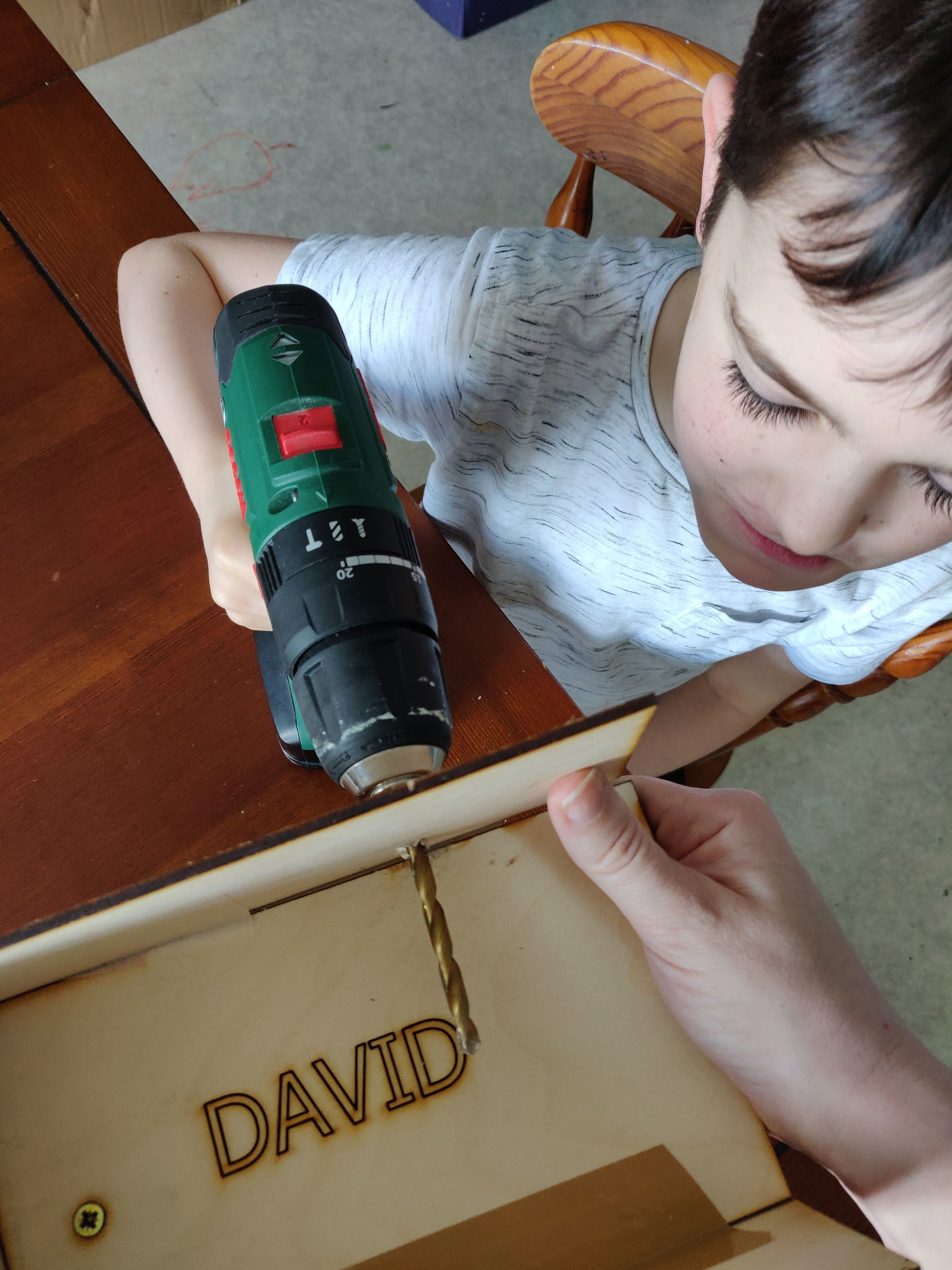 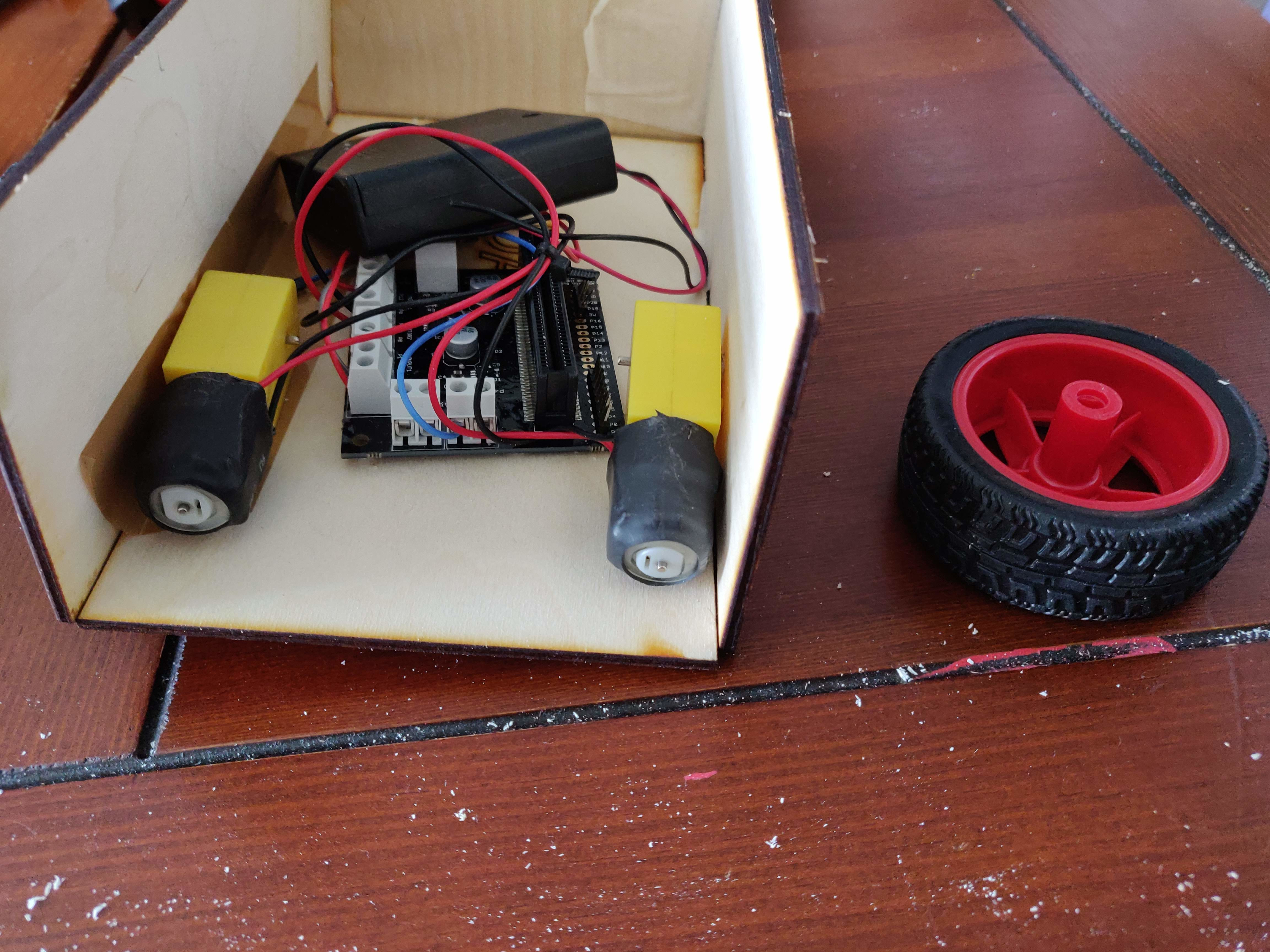 We talked about how this robot was a bit rubbish. I thought he might be sad but bless him, he was quite upbeat. "Let's try a different idea." I told him yesterday how we were making a prototype of the robot in wood before going onto acrylic and he reminded me of that. "This is just the pretend car. It doesn't matter"

So after a bit of discussion he decided to put the motors on the outside the car with double sided sticky tape. He unscrewed the motors from the motorboard to move the motors around better 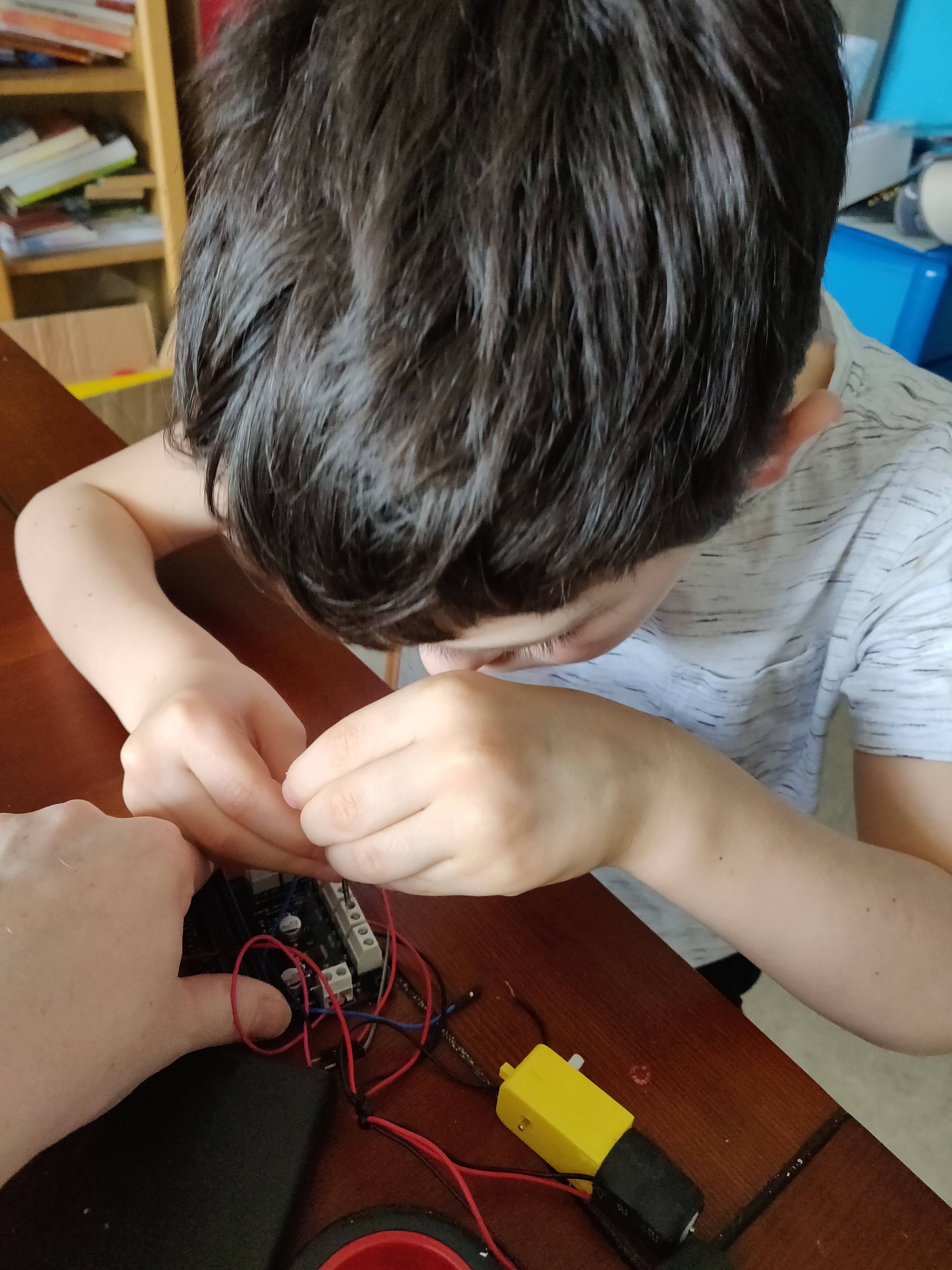 And here is prototype 2 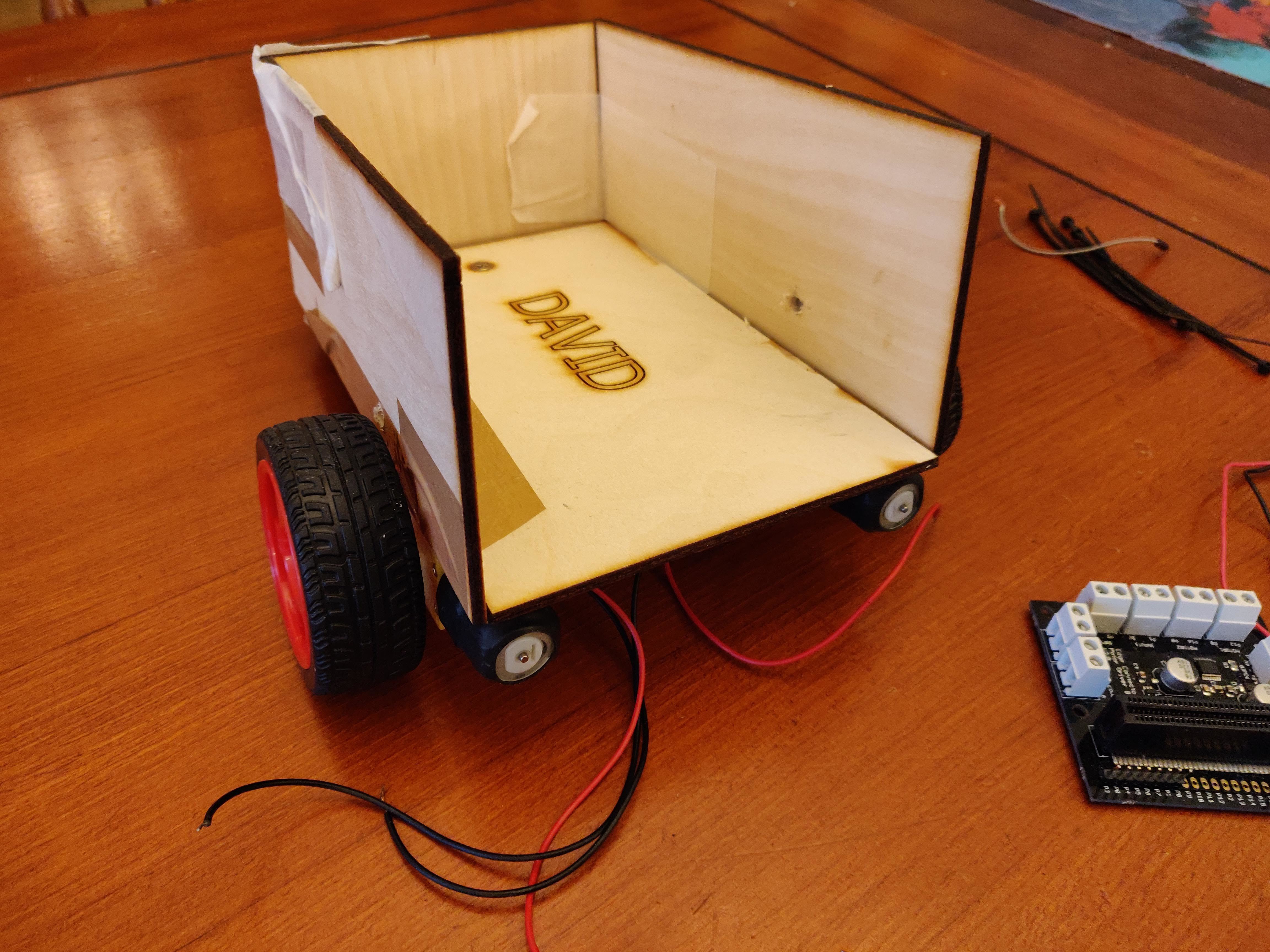 We stopped here for the day. I think the trick to keeping a 6 year old engaged is short sessions with a little bit of success in each session.

Next week he'll have some time to work on the project again where he wants to create the code to get the robot moving. He might find he needs to make more changes to the robot build. As it moves, it might fall apart. We'll see!