Since I got my vinyl cutter in November last year I've wanted to try out copper circuits.

With trying out something new, comes a lot of risk and failure. I had no idea how to cut copper tape. I bought slug tape from the local hardware store and made some circuits, imported them into the software and scaled them.

I tried the paper setting as my first attempt and it scraped the copper right off the mat! Vinyl was my best bet for a simple circuit like so: 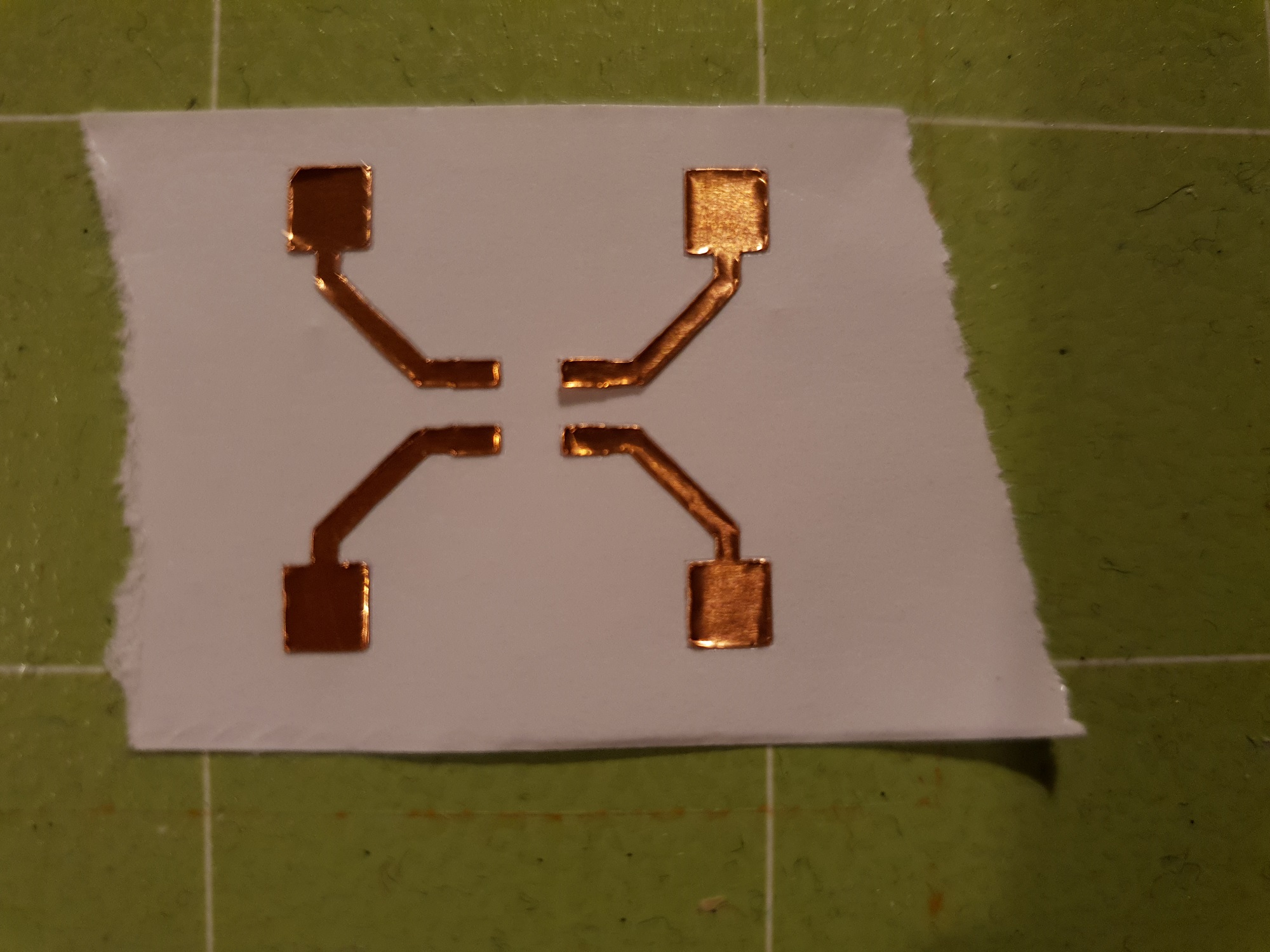 But when it came to this circuit: 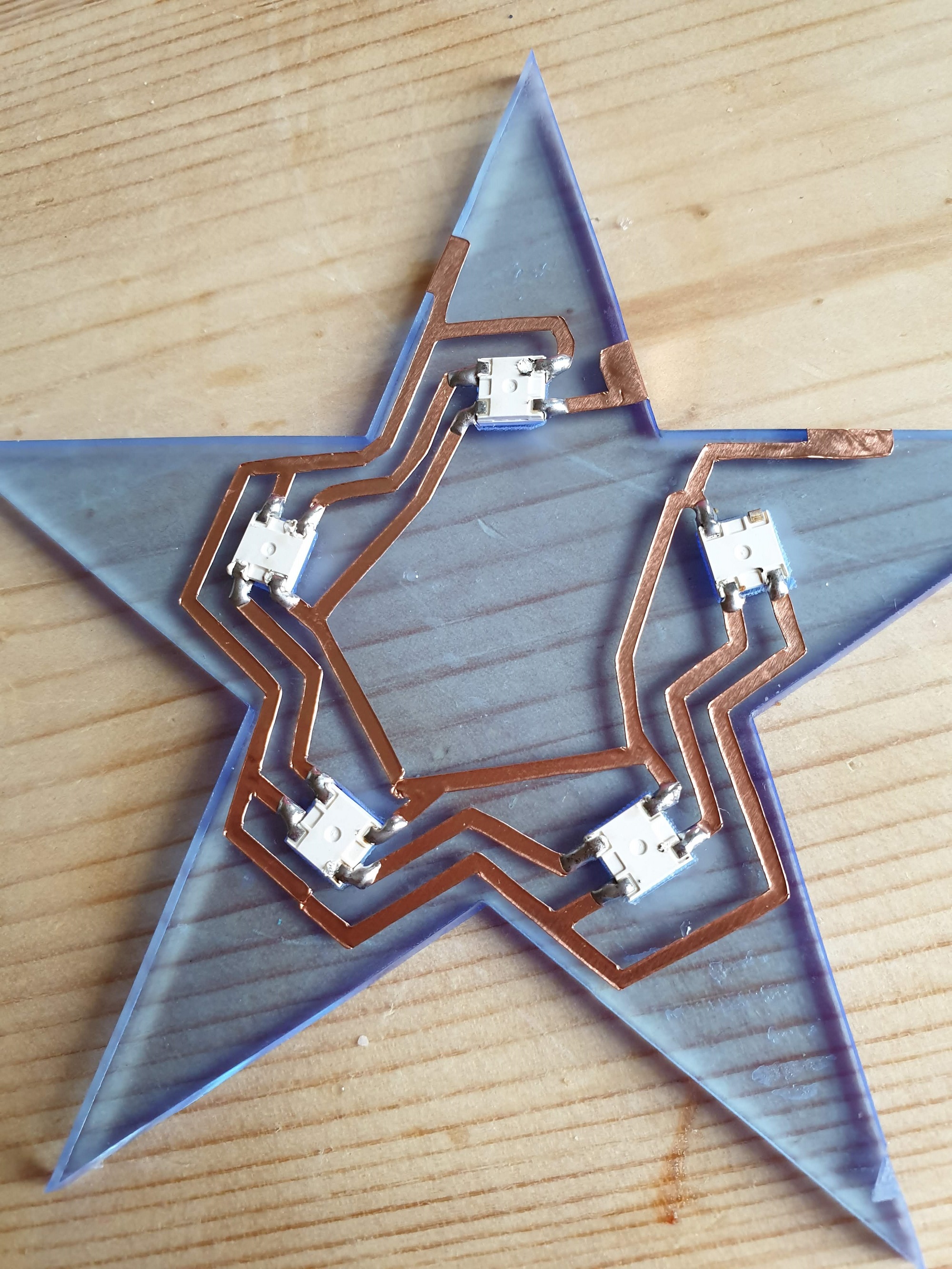 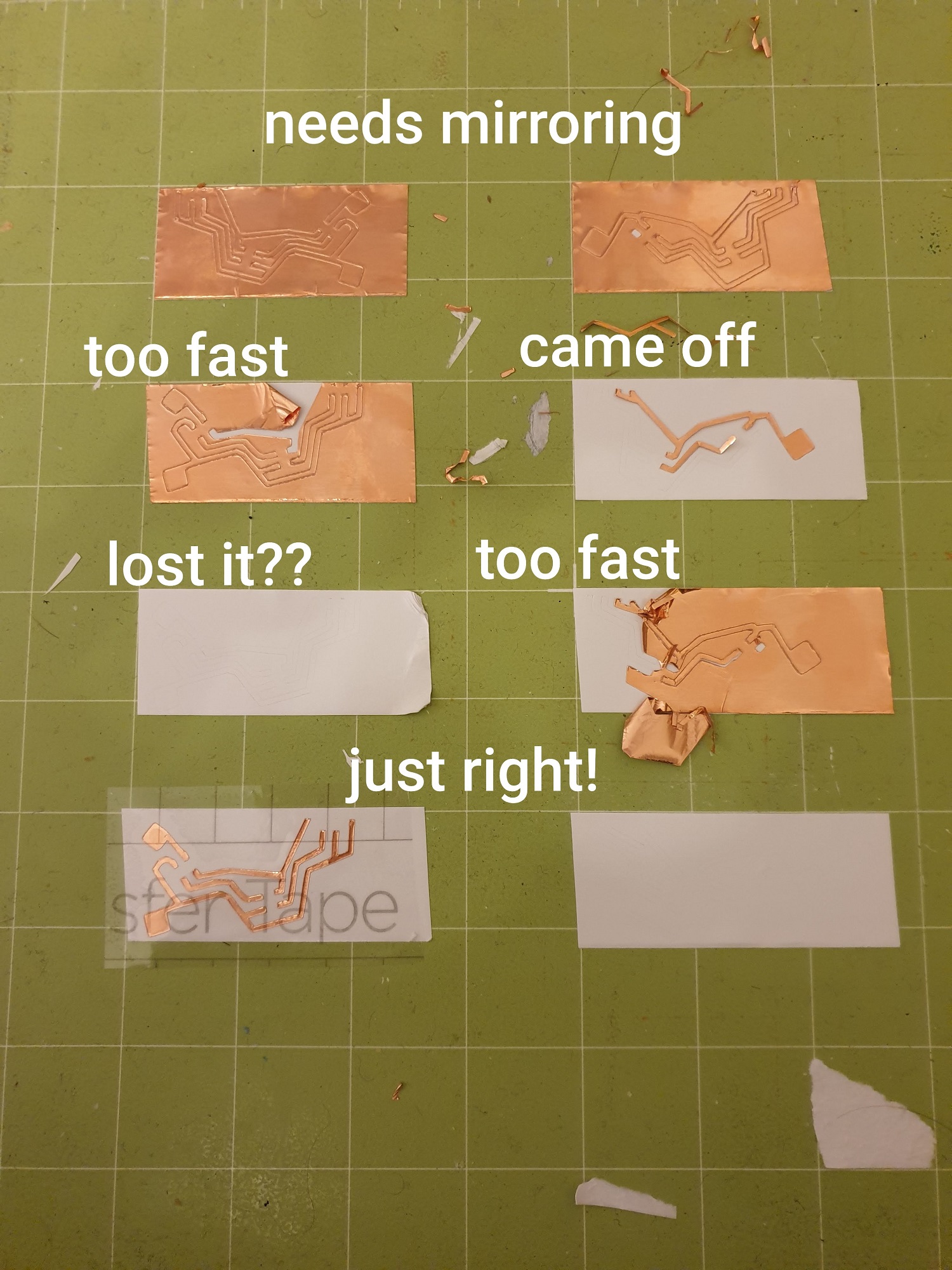 I found the lost circuit the next morning, stuck to my arm! 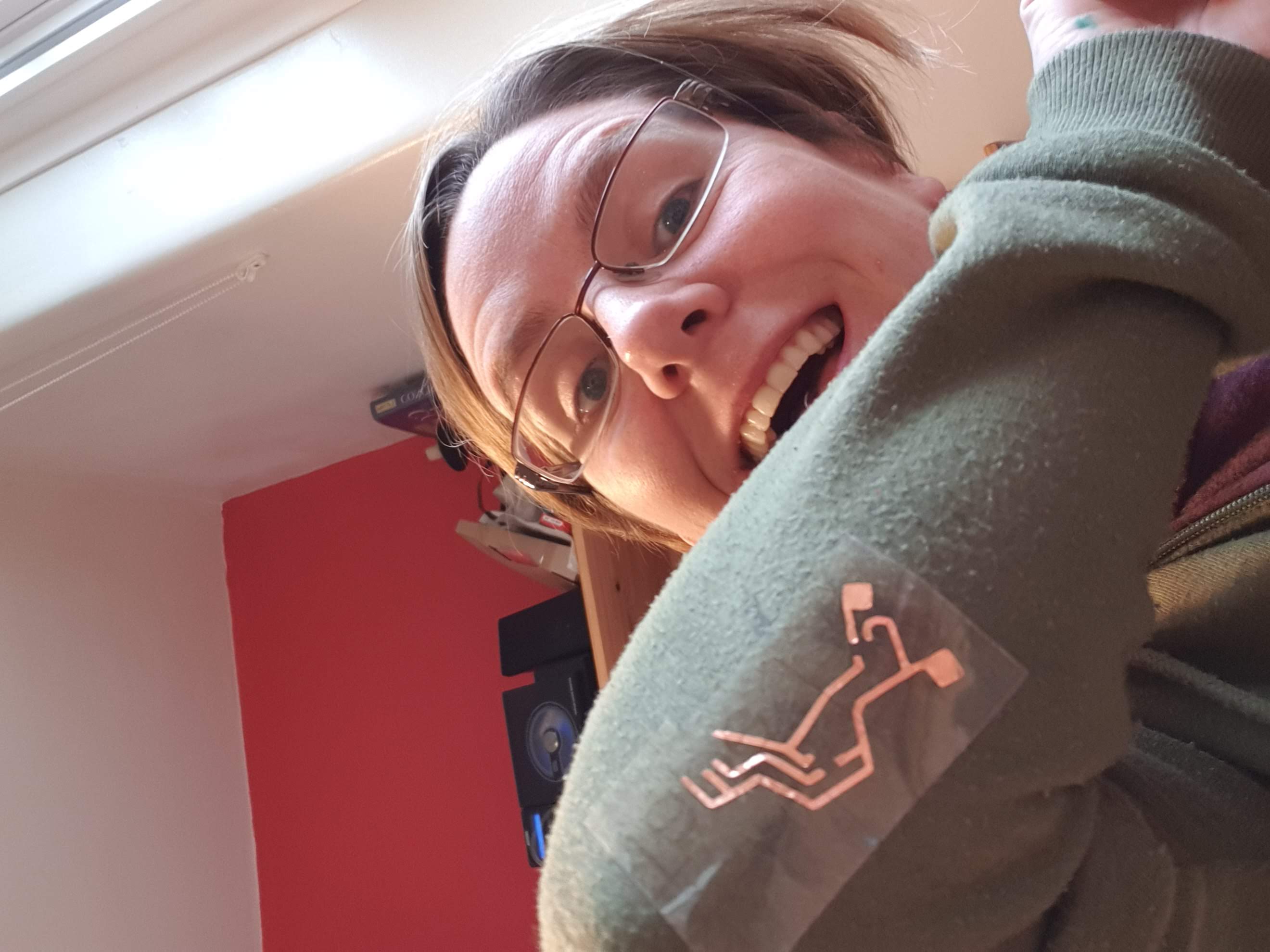 I had to create my own custom material and test out the different pressure settings on my machine.

Once we got the circuit on the board it was pretty easy to solder everything together. However, only the first light worked which was really disappointing after all that.

We tried again but the same thing happened. I started to wonder if copper tape could carry a signal?? After some detective work we discovered the second WS2812bs in both stars had failed. 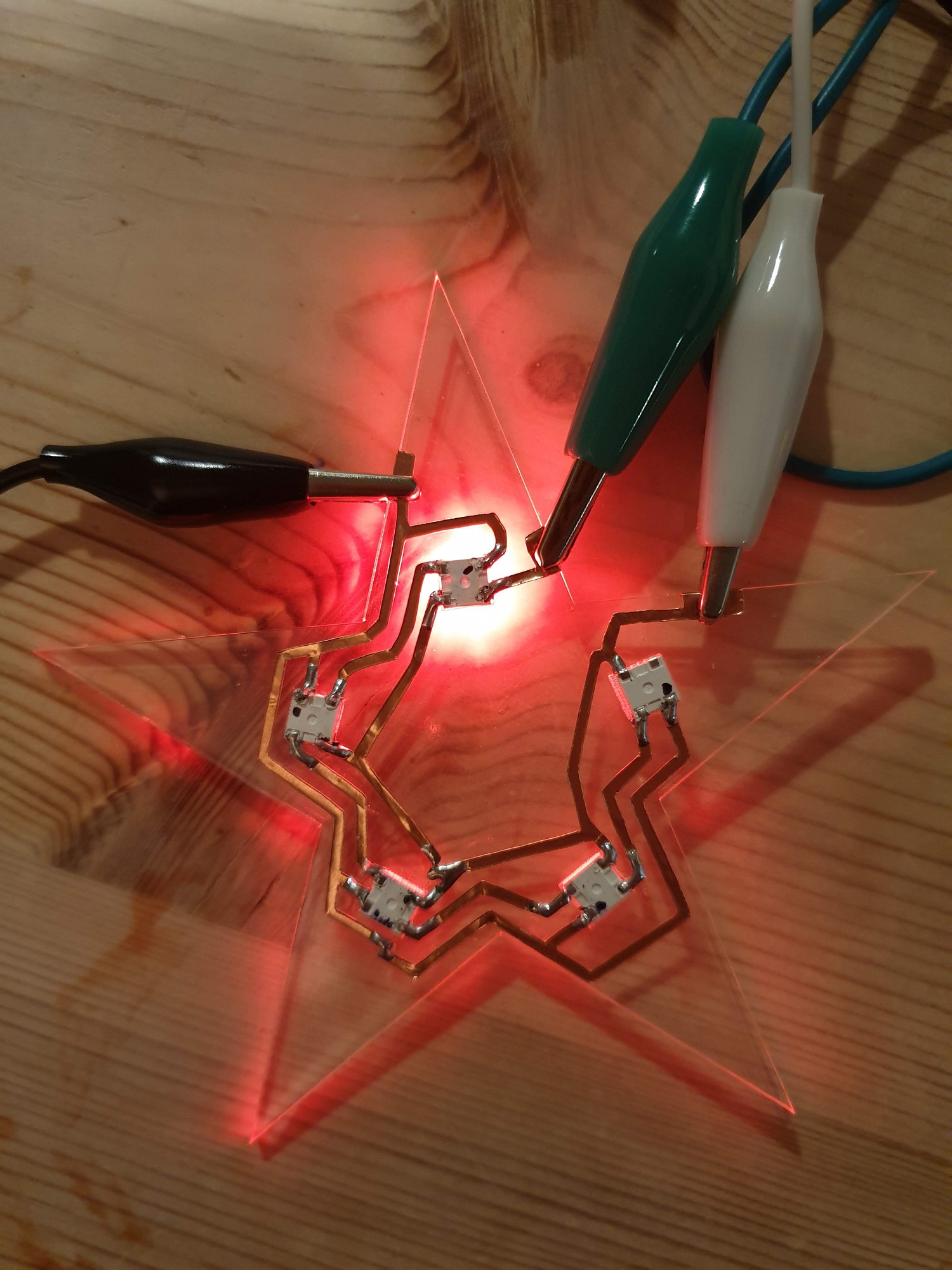 On the second star I had tested each LED to see if they worked before soldering them in and they all did. They're just very fragile, especially my old ones which I've had for over two years. We found a lot of these failed when making Cubert version 1. I should have known better!! Never use tech you know is rubbish. 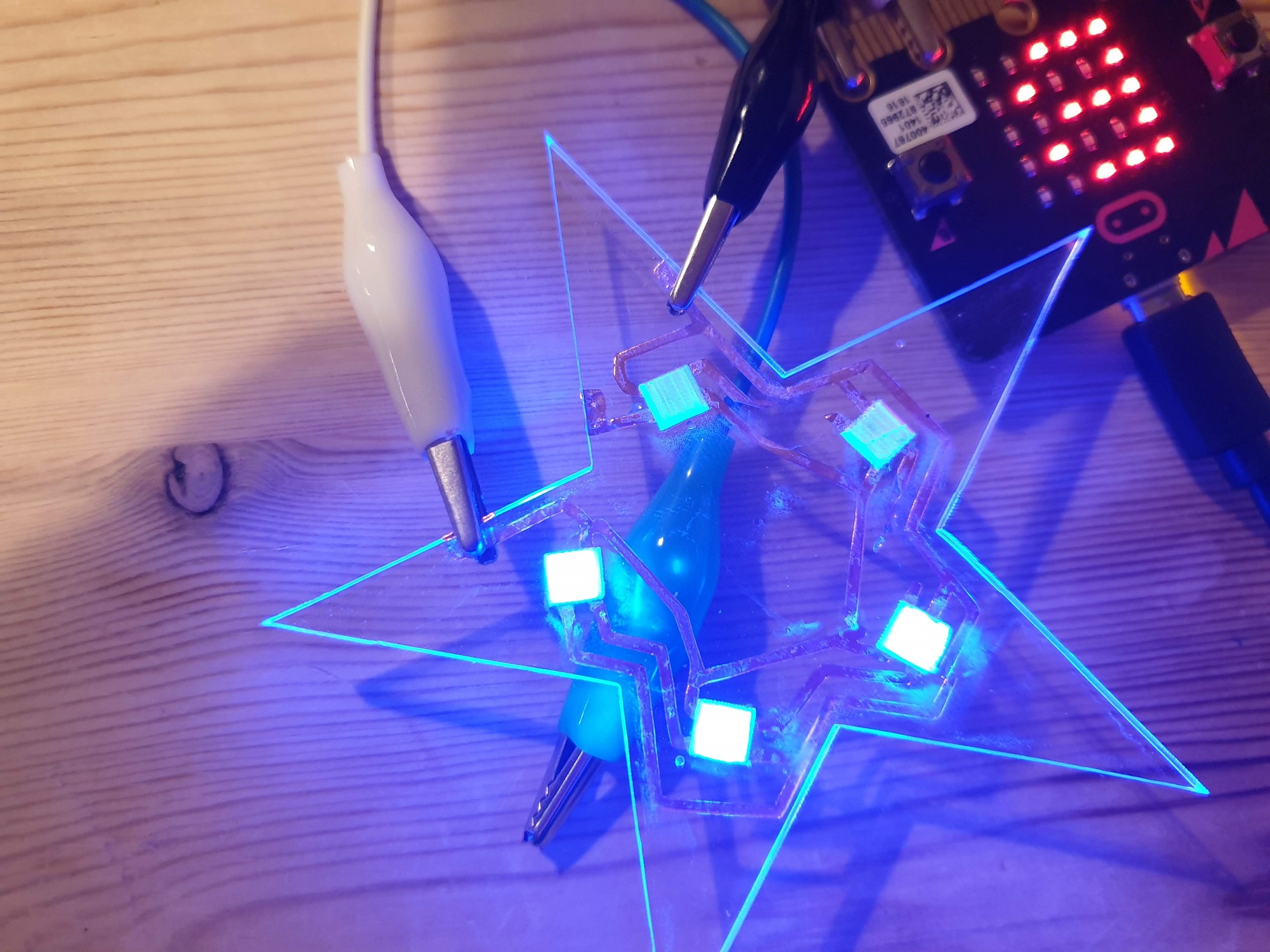