It's a very small camera setup inside a tic tac box! 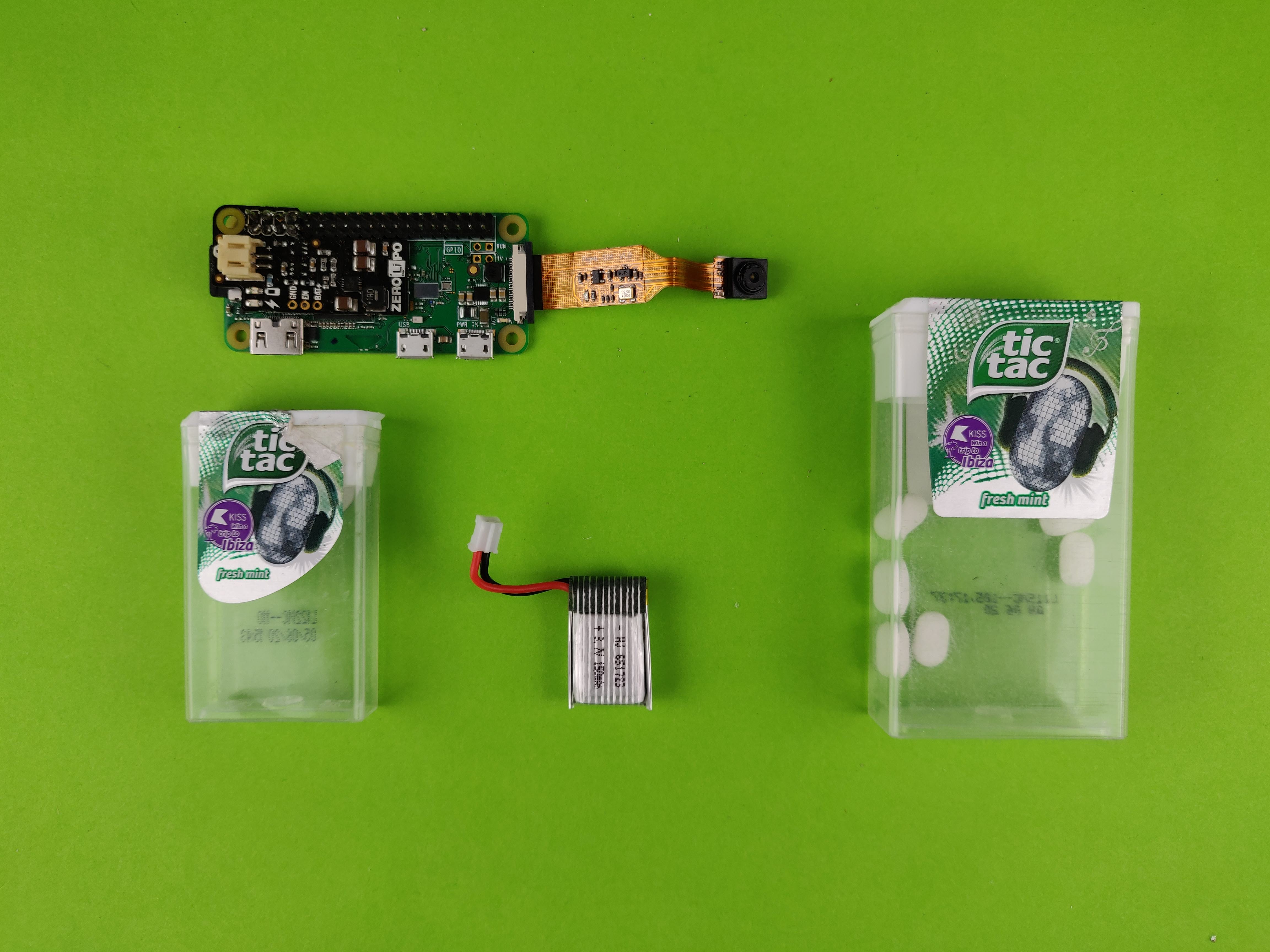 This makes a great on the go camera. You could record video, take a photo every 5 seconds, anything you want!

Back and front of the box:

I experimented with the battery to see how long it would last. The smallest battery I had was this 150mAh lipo, a bigger one would probably still fit in this box.

I charged the battery then set the pi running to record video from startup. With a 150mAh lipo battery it recorded 16 minutes of footage. So not a terribly long time but not bad given how small the setup is.

The python code for recording video is below:

I commented out the stop_recording() and stop_preview() line as the battery would die before the sleep finished. If you only wanted a minute of video you could change sleep to 60 and remove the # before those last two lines to stop the camera recording.

This records an image with todays date and time and a video with the same name. The video is recorded in h264 format. In the command line on the pi you can convert this to mp4 by typing