Here are some LEDs that I've bought and used with the BBC micro:bit and the Raspberry Pi. 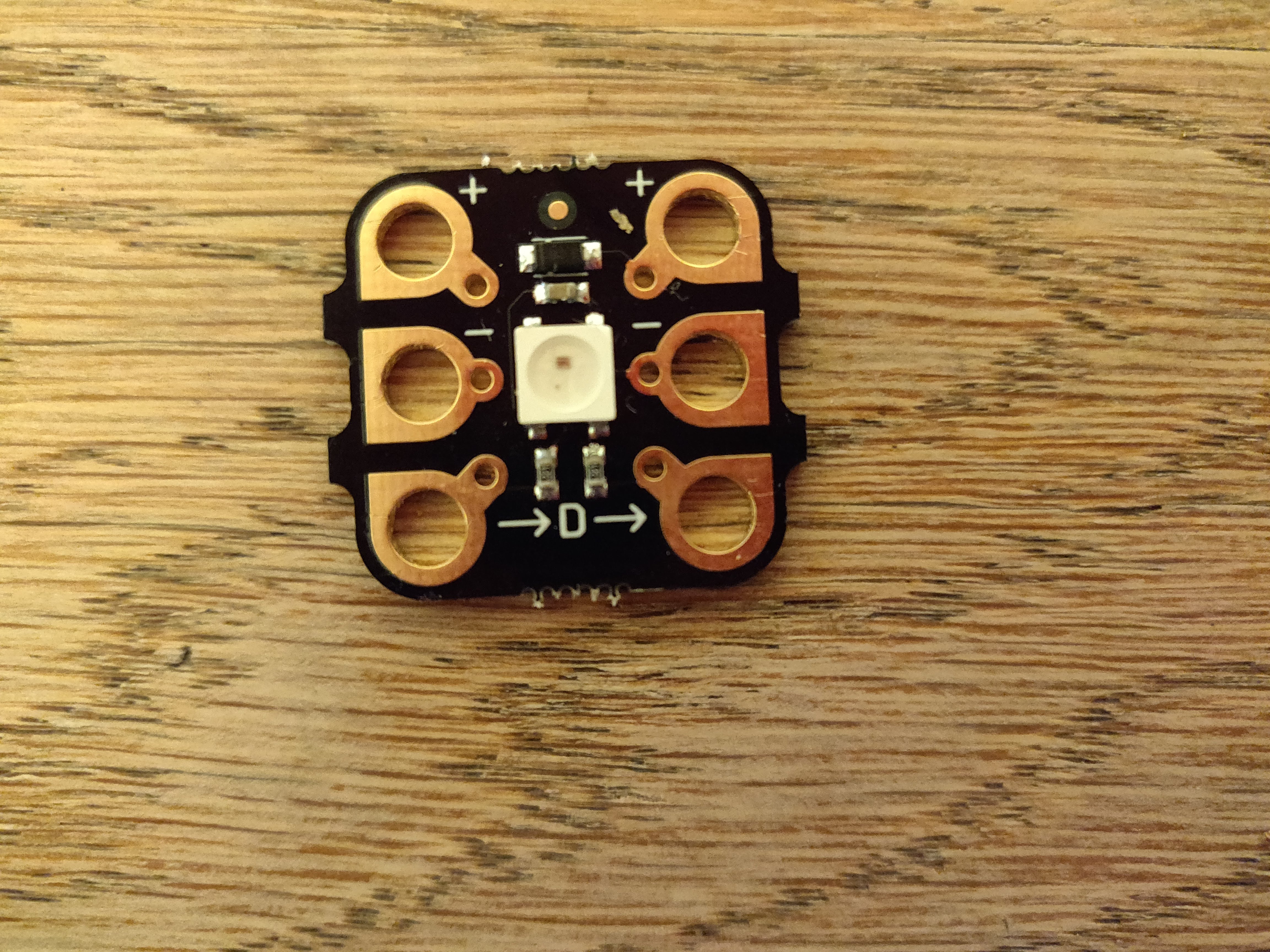 The Crumble is a great cheap robotics board that you code with blocks. Redfern, who make the crumble, also sell the Crumble Sparkle. The Sparkle is a large RGB LED, made for croc clips to connect to it. I've coded it with the Crumble and the micro:bit.
5 for £7.20 from Redfern
25 for £30 from Redfern
They also sell a baton of 8 and a grid of 25. 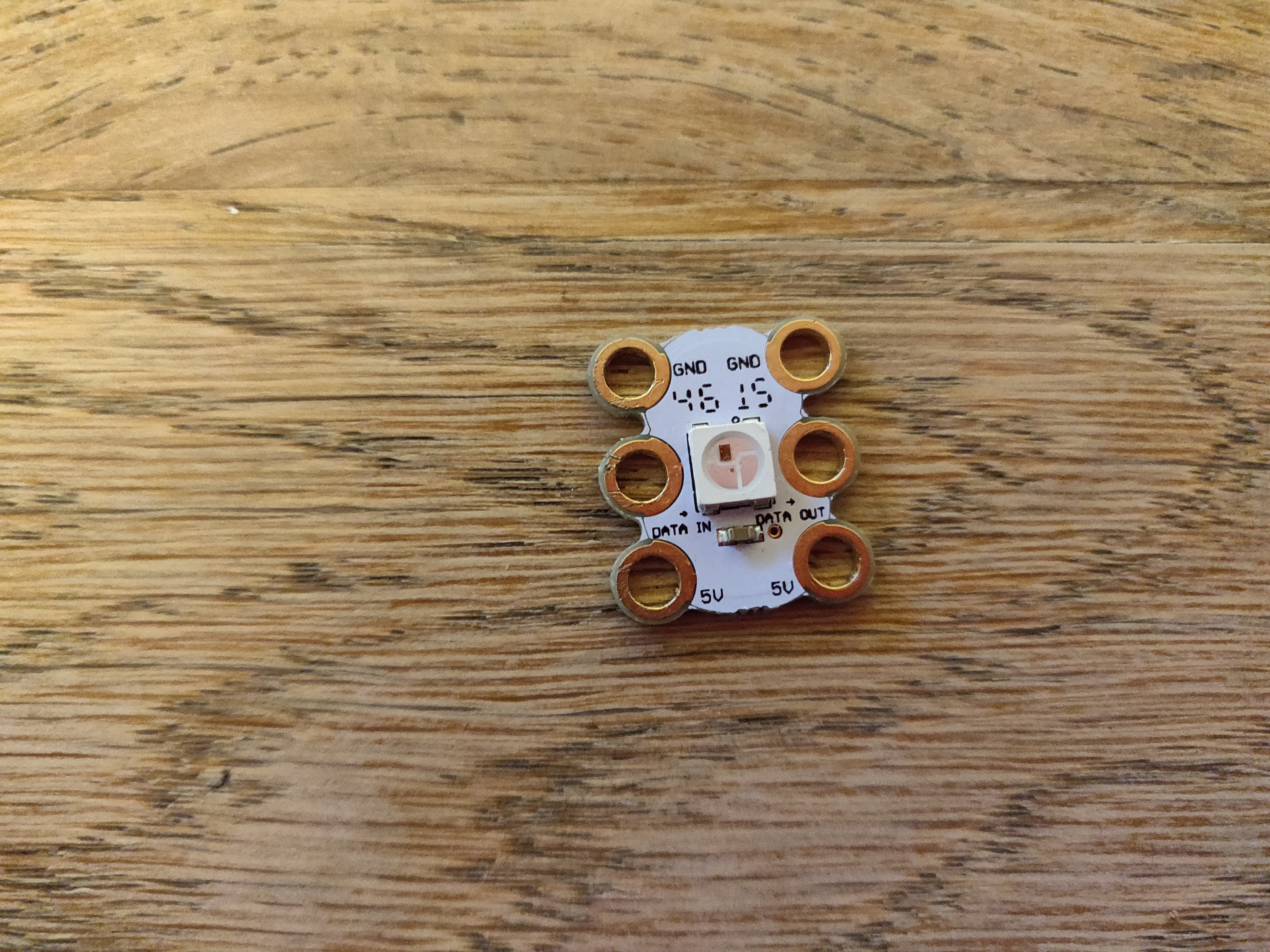 CodeBug was one of the first block programmable microprocessors. CPC sell it and the Glowbugs. These are smaller than the sparkles. The GlowBug includes the crocodile clips. I've coded them with the CodeBug and the micro:bit

Kitronik do a range of RGB LEDs in different styles. I've coded most of them with the micro:bit and the raspberry pi.

This is the newest one from Kitronik. They can be stacked on top of each other to make columns. I've coded them with the micro:bit and crocodile clips.
Kitronik sell 5 for £5.87 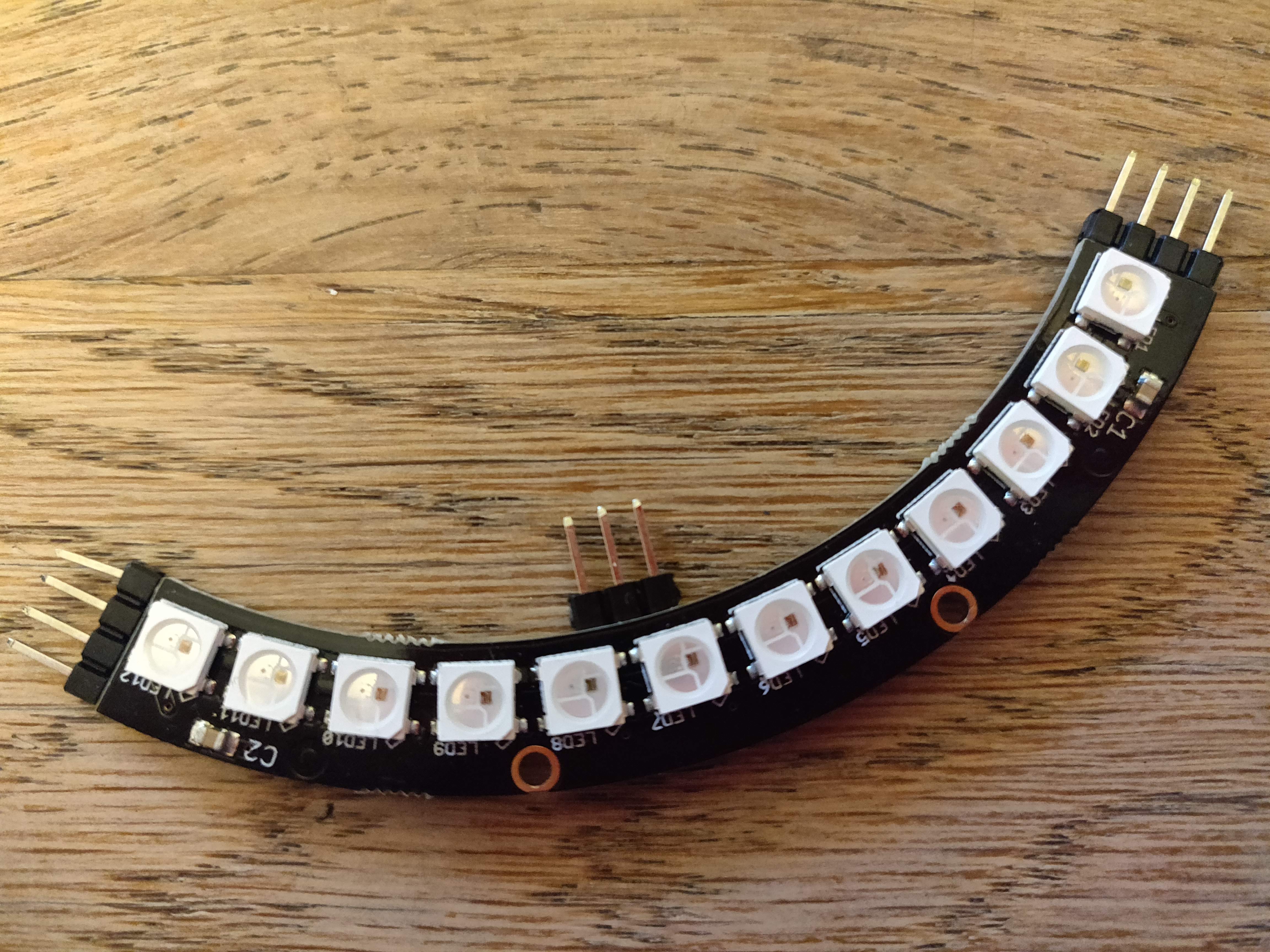 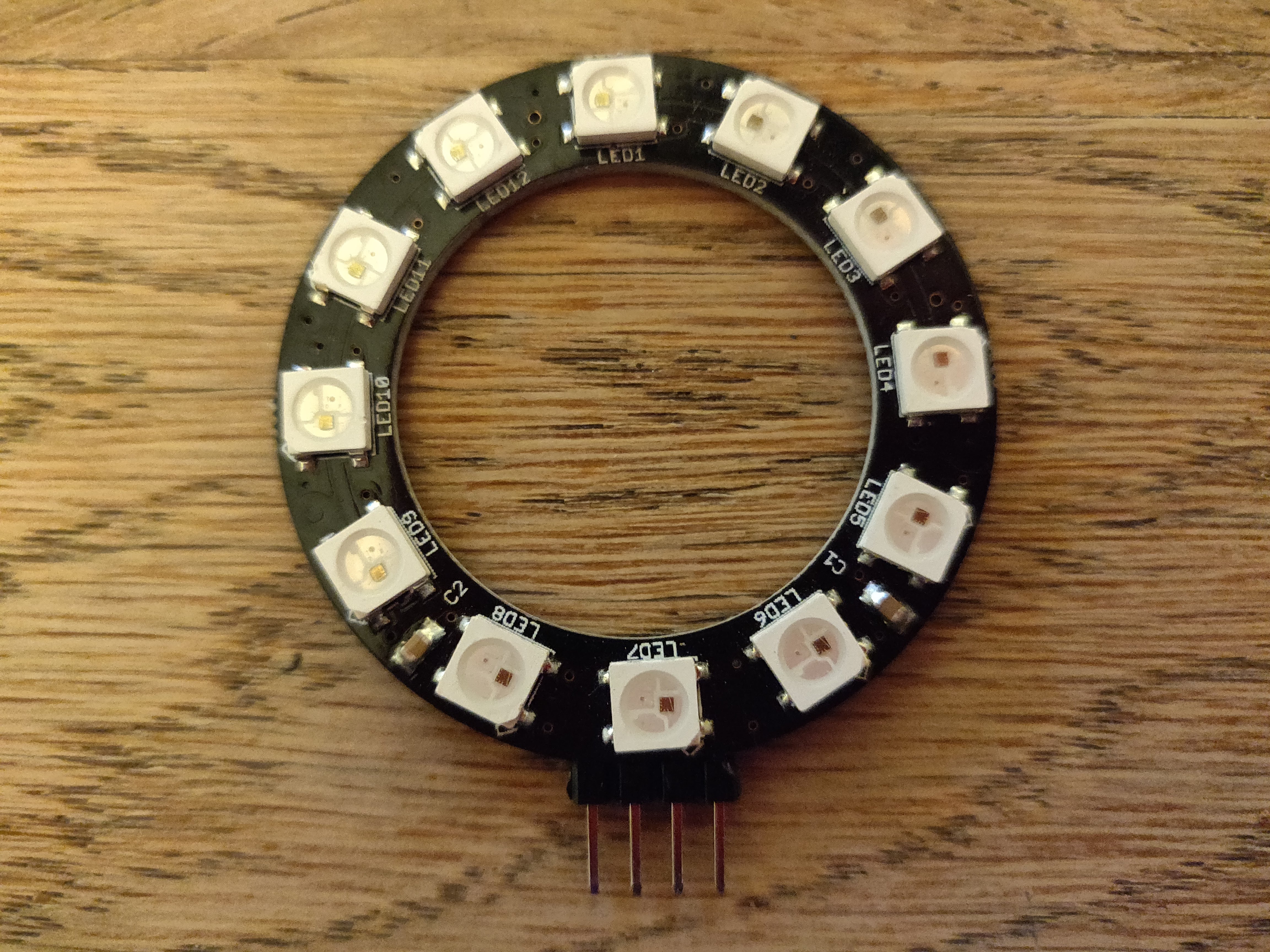 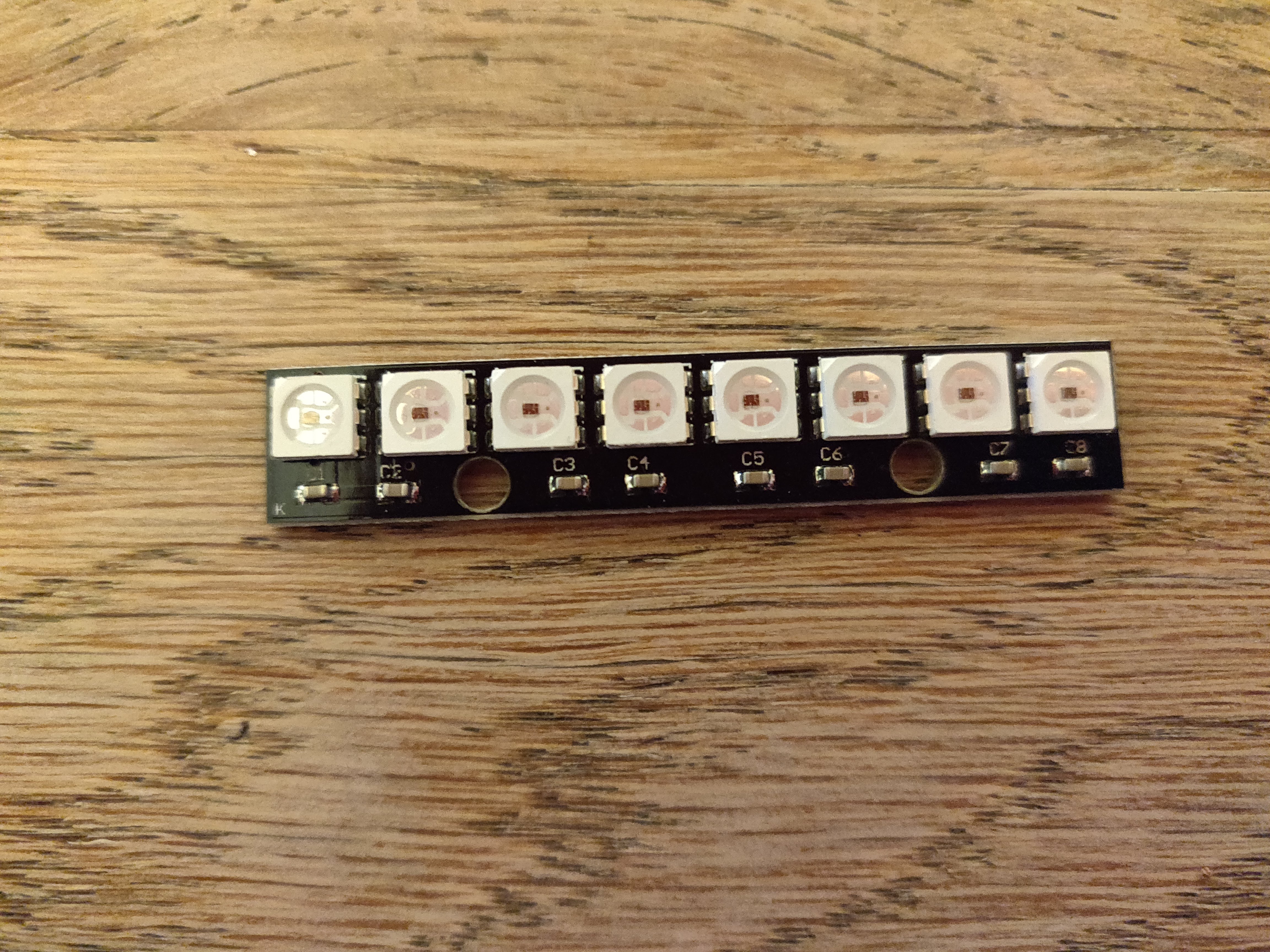 The zip range comes in strip, arcs and circles in different sizes. The prices are all cheaper than neopixels range. However, they all need pins soldering onto them - unless you buy the add on pack for the inventor's kit which is a circle and two strips
https://www.kitronik.co.uk/35135-zip-circle-12-zip-leds.html

I spotted these smaller sewable ZIP LEDs. Not tried them but look like they'll work with everything - though the website warns you only to use 4 with the micro:bit. They sell 10 for £14 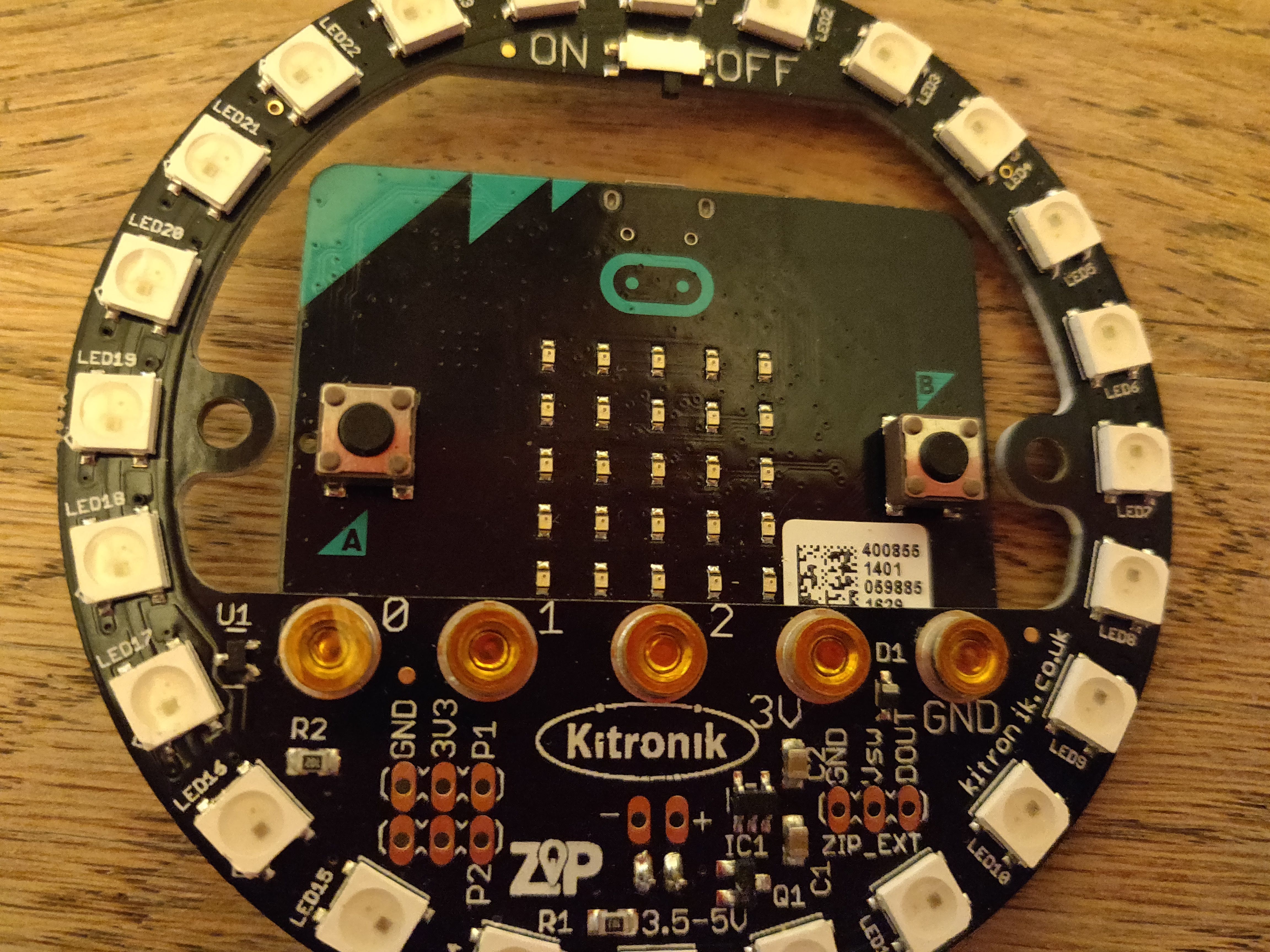 I love the Zip Halo. The micro:bit sits really neatly inside it, it comes with lots of different power options (not all need soldering) You need a 3xAAA battery pack, which isn't the one that comes with the micro:bit but easy to get hold of. Only £13.80, bargain!

Ah, the heinz, hoover and coca cola of RGB LEDs! It's all in the name. All the previous RGB LEDs are WS28128bs but are often called neopixels. All these lights work with the neopixel library too. 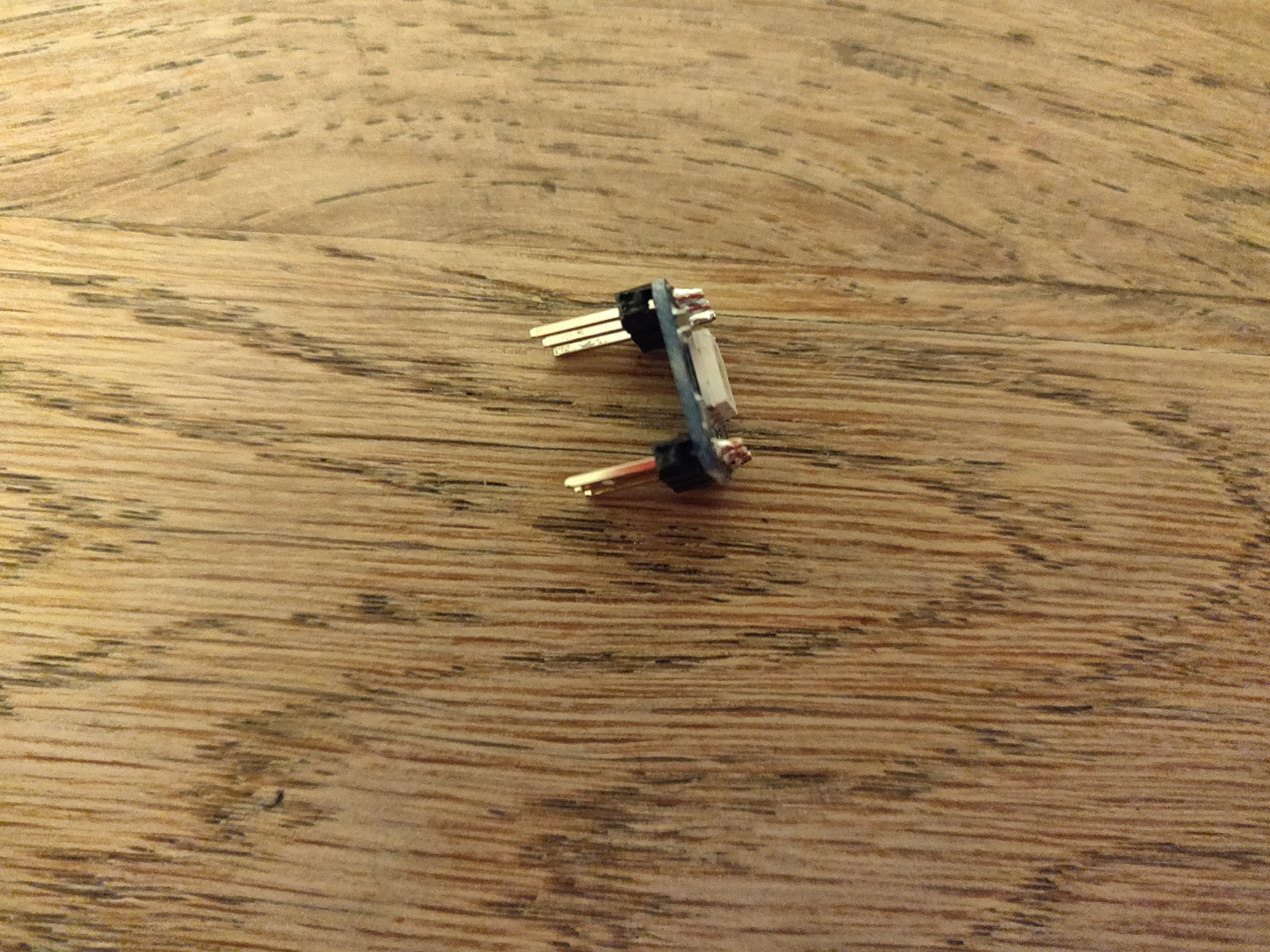 I both hate and like these.
Hate: You have to solder the pins on, which is not easy
Like: Once soldered you attach male jumper wires on, which is perfect the pi and the micro:bit breakout board.
Hate: They're expensive. Cheapest I've seen is £7.20 for 4 from Pimoroni
They also come in a grid of 25, but just as expensive. 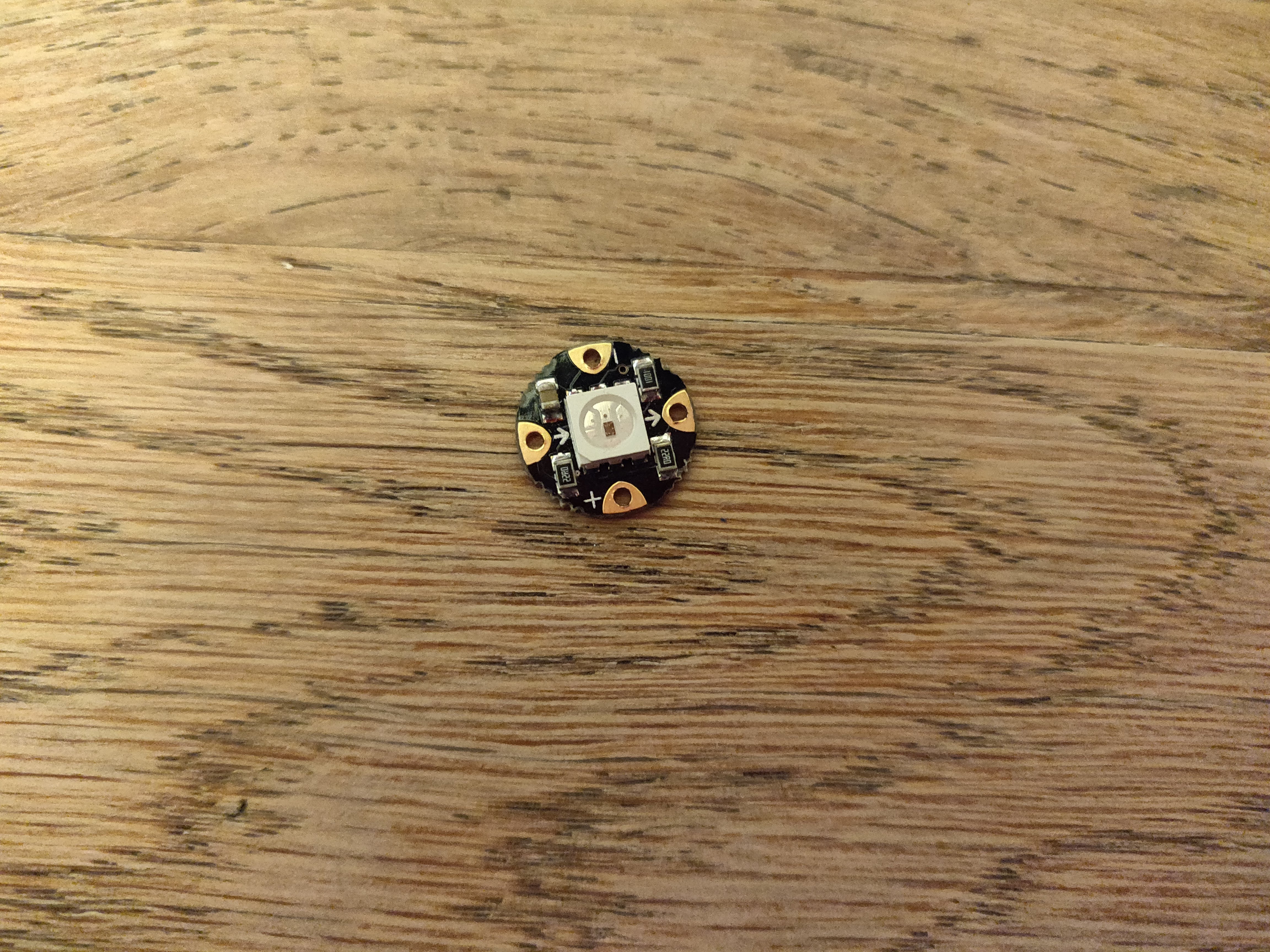 Teeny tiny sewable RGB LEDs for lots of money! 4 for £7.20, again cheapest I've seen is from the good ship Pimoroni You need conductive thread to attach them to devices.

Adafruit sell all kinds of neopixels in all different shapes and sizes including huge circles - they're all really expensive. I've coded a neopixel strip with the micro:bit and a Raspberry Pi. The Pi Hut sells the majority of them

For a cheap long strip of RGB LEDs E-Bay is your best best. They come in different lengths with a number of different LEDs. The ends are easily attached with jumper wires and they come in sturdy waterproof coatings. You can get a metre strip with 30 LEDs from the UK for around £5. Bargain! Just search for WS2812b in E-Bay.