We've bought and built a kit robot to practice on while the real robot is being designed, built and rebuilt. The Tiny4Wd, now known as tiny, is now built and working! We haven't got a wireless controller yet so I paired it with my phone to drive it around.

Some top tips on building the Tiny4WD

As I type this, this chassis is already being redesigned and recut on the laser cutter! Anyone want to guess what chassis version will be the final version? Less than 10, 20??

Our general idea is to have suspension on the four motors through these hinges. 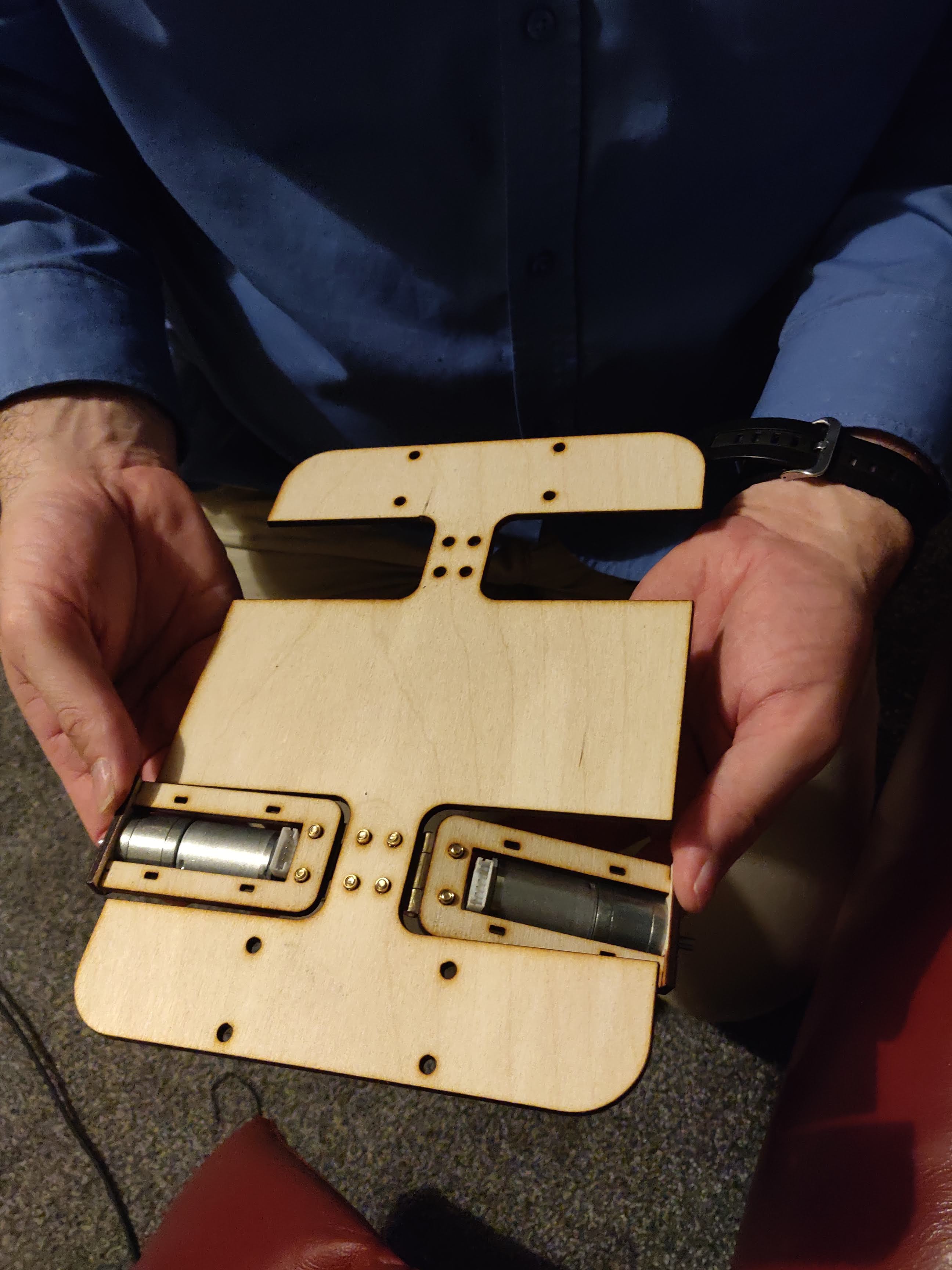 On this layer we will have the battery and a microcontroller

There will be a top layer which the suspension rods will attach to. On the top layer will be the Raspberry Pi and any other modules (like the target shooter).

We also need to fit on the OLED, some buttons and some neopixels. Simples!

The reason this is Mark I is because it is too wide :( Watch out for Mark II, coming soon.